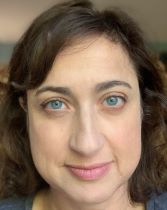 Deborah Skolnik Rosenberg is an Assistant Professor of Instruction and a Weinberg College Adviser. She received her BA from Wesleyan University with majors in English and Spanish. Deborah earned her PhD in 2004 from the University of Chicago, where she wrote a dissertation on the representation of conversos in the Spanish picaresque novel. Her current research interests encompass curricular design, articulation of language instruction between secondary and post-secondary institutions, and the role of race and ethnicity in defining Spanish identity.

Deborah has taught various courses in the department since arriving in 2005, including first- and second-year language sequences (Spanish 101/115/121/125), writing courses (204), and first-year seminars. She served for seven years as coordinator of Advanced Elementary Spanish (115), and has also served as the Interim Assistant Director of the Spanish Language Program and Technical Coordinator for first-year Spanish courses. The former co-chair of the Council on Language Instruction (2013-2016), Deborah has been an Adviser in the Weinberg College of Arts and Sciences since 2016.