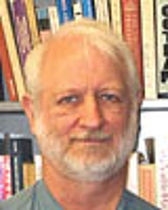 Josef Barton is a historian of modern United States and Latin America. His research and teaching deals with the topics of immigration, labor, and environment, in the case of the United States, and in the themes of peasantries and rural communities, in connection with Latin America. The author of Peasants and Strangers: Italians, Romanians, and Slovaks in an American City, 1890-1950 (Harvard University Press, 1975), and recipient of American Council of Learned Societies, NEH, and Fulbright fellowships, he has recently completed a book on capitalism and the persistence of community in Mexico and the Southwest, 1880-1930. His new research takes up two topics, one the experience of rural women in Mexico in the early 20th century, the other East-Central and Southern European immigrants' health care between 1880 and 1940. He currently serves as director of the Chicago Field Studies Program and as co-director (with Brodwyn Fischer of History and Jorge Coronado of Spanish and Portuguese) of "How Do the Poor Constitute Community?" a Rockefeller Foundation funded project in the Program on Latin American and Caribbean Studies.