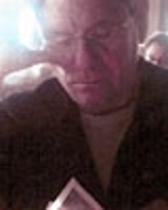 Professor Humberto Robles, a renowned specialist in the literatures of Ecuador and Latin America, died on May 20, 2021 in Miami. He was 82 years old. After teaching at Northwestern for over 30 years, he retired in 2003 and maintained an admirable level of scholarly productivity until the end of his life.

His professional accolades and accomplishments were numerous. Professor Robles was named to the prestigious Academia Ecuatoriana de la Lengua (Ecuadorian Academy of Language) in 2013. The Academia was founded in 1875 in Quito and aims to bring together regional intellectual and literary groups. The Academia is one of the most important cultural institutions in Latin America.

Professor Robles taught at The University of Chicago from 1966 until 1970, when he joined the Department of Spanish and Portuguese at Northwestern. Spanish America was his area of research and teaching. The nucleus of his interests were: the Avant-Garde, the regional novel, drama of the 19th and 20th centuries, the representation of women in the novel, colonial voyage literature, images and ideas of cities, literary theory, and the relationship between literature and culture. In his area of expertise, he was invited by encyclopedias and dictionaries to contribute numerous entries. Many of his essays were reproduced in journals, while others were included in book collections on specialized topics. Most recently, he was engaged in the study of the dialogue between literary works and in the connection between literature and history. His study on Borges’ “Guayaquil” points to those concerns.

Professor Robles chaired the Department of Spanish and Portuguese (1989-92); was in charge of NU’s Program at Seville (1986-92); was the Martin J. and Patricia Koldyke Teaching Professor (1992-94); was the recipient of two SAB Outstanding Awards for Teaching (1975, 1983); appeared on the Faculty Honor Roll several times; was visiting professor at The University of Chicago and the Universidad Andina Simón Bolívar, Quito. In 1976, his book Testimonio y tendencia mítica was awarded by EL INSTITUTO HILIAR the accesit prize to the best book published in Ecuador that year. He was on the editorial board of Kipus and Guaraguao and held membership in half a dozen professional organizations.