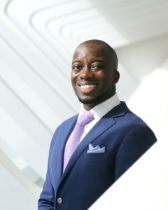 Jeffrey K. Coleman specializes in Contemporary Iberian Spanish and Catalan theatre & popular culture. His first book, The Necropolitical Theater: Race and Immigration on the Contemporary Spanish Stage (Northwestern University Press, 2020), explores how the intersections of race and immigration manifest in Spanish theatre from 1991-2016.

He is currently working on two book projects. The first is tentatively titled, España Negra: The Consumption & Rejection of Blackness in Contemporary Spain, which explores the ways in which Spanish media, popular culture, and literature have portrayed and appropriated Blackness from the early 20th century to the present, leading to the creation of a Black Spain. The second is Liquid Identities: Wine as the Sensorial Archive of Spain, which explores wine as an avenue through which to understand the complexities of Spanish history and culture.

He is the co-founder of TRECE (Taller de Raza, Etnicidad y Ciudadanía en España), a research group that actively theorizes and conceptualizes race in contemporary Spain.

In addition to his academic endeavors, Professor Coleman is a Trustee of the Milwaukee Chamber Theatre, a certified expert in Spanish wine, and the host of Tinterías, a weekly Spanish podcast about fountain pens and stationery.
Back to top
Office Access