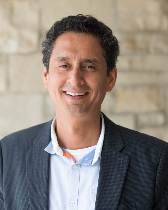 Jorge Coronado is Professor of modern Latin American and Andean literatures and cultures at Northwestern University. His undergraduate courses range across the 19th and 20th centuries and draw from various disciplines and cultural practices, such as history, archaeology, anthropology, music, photography, and literature. His graduate courses focus on two area: literary and cultural theory and Andean studies.  He has taught in the department of Spanish & Portuguese as well as in Comparative Literary Studies and Latin American & Caribbean Studies, where he is a core faculty member. His affiliations at Northwestern include the Center for Native American and Indigenous Research and the Program in Critical Theory.

He is the author of The Andes Imagined: Indigenismo, Society, and Modernity (Illuminations: Cultural Formations of the Americas series. University of Pittsburgh Press, 2009) and Portraits in the Andes: Photography and Agency, 1900-1950 (Illuminations: Cultural Formations of the Americas series. University of Pittsburgh Press, 2018). A co-edited volume on visual practices in relation to notions of landscape and region entitled Visiones de los Andes. Ensayos críticos sobre el concepto de paisaje y región (Entretejiendo. Crítica y teoría cultural latinoamericana series. Plural Editores and University of Pittsburgh) appeared in 2019 in La Paz. Currently, he is working on two single-author book projects: a manuscript tentatively entitled Lo andino: región, cultura, concepto that explores how the region has cohered in the cultural imagination since the early 19th century, and a study of the strange lettered practices that subalterns produced in early 20th century Latin America by tergiversating intellectuals’ tutelage to their own ends. He is also working on three co-edited volumes, to appear on Northwestern University Press, Editorial UniAndes, and Plural Editores.

He has won funding for research and academic initiatives from the National Endowment for the Humanities, the Rockefeller Foundation, the Mellon Foundation, and most recently the American Academy in Berlin, among others. He has been a Visiting Professor at the Pontificia Universidad Católica del Perú and lectured broadly at universities in Latin America, Europe and the United States. At Northwestern, he has been active in building the Department of Spanish & Portuguese and the Program in Latin American & Caribbean Studies (LACS). He served as Chair of the former for two three-year terms (2010-2017), oversaw its renovation, and inaugurated its doctoral program.  He served as Director of LACS and currently is Co-Director of the Andean Cultures & Histories working group (ACH) at the Weinberg College Center for International and Areas Studies. His work on the editorial boards includes the PMLA, the Revista de Estudios Hispánicos, and Iberoamericana Vervuert's Los ojos en las manos book series.  In 2021, he assumed the responsibilities of Series Editor for Illuminations: Cultural Formations of the Americas at the University of Pittsburgh Press.